The Habit of Being: Letters of Flannery O’Connor

Visit Listening to Literature for more information about this book and books from other episodes.

NB: During the broadcast of this episode, an unintentional error was made regarding the age at which Flannery O’Connor left Savannah. O’Connor and her mother, Regina, moved to Milledgeville, Georgia, in 1938, when Flannery was 13. We thank Daren Wang for this correction. 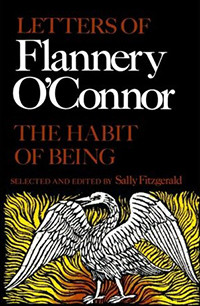 On Sunday, May 20, at 4 p.m., members of the Flannery O’Connor Childhood Home Peacock Guild Writer’s Salon, a group of local authors, will share original writing in a lecture titled “The Power of Storytelling,” carrying O’Connor’s rich tradition of storytelling into the twenty-first century.

On May 25, 2018, Listening to Literature will speak with Daren Wang about his début novel, The Hidden Light of Northern Fires. 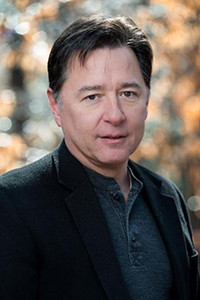 Daren Wang was born in Buffalo, New York. In 1971, his parents bought the Willis property in Town Line, New York, and made the family home in the converted barn and rented out the main house. He is the founding executive director of the AJC Decatur Book Festival, now in its twelfth year. As a public radio producer, he produced and/or hosted several series, including The Spoken Word, Porches: The South and Her Writers, Circle of Friends, Between the Lines, ArtVoice, and Atlanta Forum. His writing has appeared in Paste Magazine, Five Points Magazine, the Atlanta Journal Constitution, AJC Travel, The Saporta Report, and others. He published the short-lived audio magazine Verb: An Audioquarterly. The Hidden Light of Northern Fires is his début novel. He is a graduate of Cornell University and lives in Decatur with his wife, Eva.
Comments
You must be signed in to post comments.