Savannah on Film explores the economic and cultural impact and values of the film industry in Savannah through conversations with people who work in the industry and related fields.

This sixty-minute, weekly, live program will explore the film industry in Savannah using a talk/interview format. The host, Ed Ciucevich, will interview local crew members/film makers from all areas of filmmaking (above the line and below the line) to uncover what drives them to make films, why Savannah as a filming location, what it requires to make films, and where do they see the industry going and growing. The show will also find out what drives their passion to create through film, and how it enriches their lives. Ed will interview those who are shaping the film industry Savannah and the surrounding area. From this show it will help to inspire those interested in a film career to put in the hard work and dedication to make a living that is profitable in financial terms and in the satisfaction of being a part of telling fascinating stories on the big screen. This will help elevate all to follow their dreams and make them a reality.

Savannah native Ed Ciucevich launched his first podcast in 2008, acting
as both producer and host.  In addition to his own "Geek Homeworld"
podcast, he now produces, consults, and guests on several other shows. A
graduate of the Georgia Film Academy, Ed is an award-winning film industry
sound mixer. His work includes feature films like "Galveston" as well
as numerous short projects. 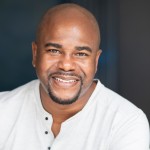