When the Moon Sings

Brian R., Leigh R, P.T. B
THE SHOW:  Often, people respond most strongly to music that is not
loud, but still stirring.  It might
come from rock, folk, classical, jazz, or any number of other genres.  When
the Moon Sings explores evocative music that requires quiet listening to
fully appreciate.  Frequently, that
means solo instruments, but just as frequently you might hear anything from a
duo to a full symphony orchestra. Follow us on Facebook: https://www.facebook.com/WhenTheMoonSings/

The show will include interviews and discussions of local
artists and musicians and artists and musicians who visit Savannah.  The Savannah art community is both
large and vigorous, and includes many talented people who deserve recognition.  P.T. will also tell a tale or two, as
the spirit moves him.  The islands
in the river mouth will figure in some of the tales, as will other places he’s
lived in New England and Virginia.
He may well call that segment Stranger
in a Strange Land.


THE HOST: After having spent decades in Northern Virginia, P.T.
Bridgeport relocated to Savannah.
He lives on one of the islands in the mouth of the Savannah River, along
with Hamden Bridgeport (wife) and Stink Bridgeport, a short-haired mixed-breed
mutt.  That description also suits
P.T. himself.

P.T. is deeply involved with the Savannah Art Association
and is also a member of the Greater Savannah International Alliance.  He is a photographer and exhibits his
work at the Savannah Art Association Gallery on Chippewa Square, under a
suitable alias.  He is also working
on a first novel, and has been a member of a number of writing groups.  His other interests include illuminated
calligraphy and sand-based horticulture.

P.T. played the trombone in marching and sitting bands for a
number of years.  His combined
interest in radio and music is longstanding.  He has a wide variety of interests:  jazz, folk, new age, classical, movie,
and new music.  P.T. grew up
listening to several giants of radio – Jean Shepherd, Bob and Ray, The Joy
Boys, and Garrison Keillor.  Felix
Grant, the Washington jazz radio host for many years, strongly influenced his
approach to his show. 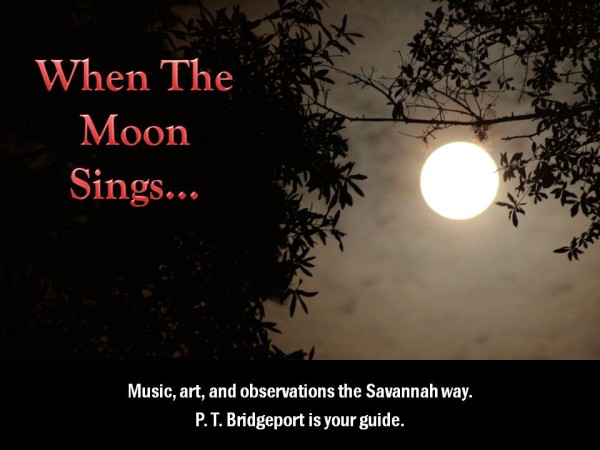 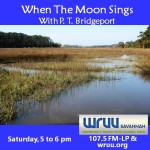 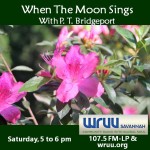 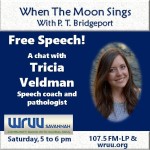 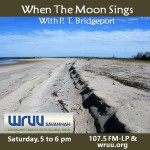 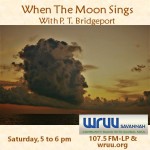 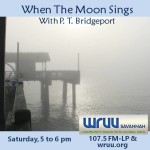 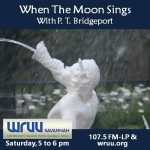 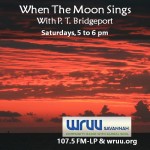