Dave L.
Hosted by Dave Lake.
This is a two hour, weekly, musical program with no boundaries.  It will
be a mixture of jazz, rock, oldies, blues, bluegrass, world music,
classical music and a variety of other forms of music intermixed to
produce a mellifluous melange of music unlike anything else on the radio
in Savannah. Tune in Wednesdays 7-9 p.m.

Dave Lake was a radio personality at KTXT-FM and WKNC-FM in the late
1970s.  But in the 1980s, he become more involved in his job as a
physical therapy educator and administrator.   Dave has recently retired
and has returned to radio.  In this show, Dave is combining his
interests in the local music scene in Savannah with his interests in
radio. 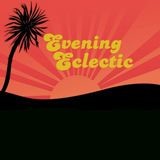 Evening Eclectic March 29, 2020 The Big Ears Music Festival That We Might Have Had Part 2

Evening Eclectic March 22, 2020 The Big Ears Music Festival That I Might Have Had Part 1

Evening Eclectic March 15, 2020 Celebration of the Life and Music of McCoy Tyner

Evening Eclectic March 1, 2020 Releases over this Past Year of Local Musicians/Bands
Previous123456789Next